I enjoy giving writing tips. They feel unique compared to what you normally see. So on this one, I want to touch on why getting honest reviews for your book (especially the bad ones) isn’t a horrible thing. So let me set things with a story.

A young author’s mind, bright and cheerful. Writing away at a story for almost 16 years. He thinks he’s gotten everything right. It’s been self-published not once, but twice. First in 2004, then again in 2016 after he revised it. Everything is set. The stage is ready, so he updates the manuscript and announces the new version to his modest Twitter followers in 2019.

He hasn’t done ANY marketing, but there’s a small bit of interest. Some people buy the book, accept copies for reviews and he’s hopeful.

A few reviews trickle in, and they’re not bad. A good mix of 4 and 5 star ratings between Amazon and GoodReads. Things seem to be going in the right direction and he’s confident.

But then it happens.

He panics. Everything was going so well and people were really enjoying the story! Getting those good reviews was such a boost to his confidence and this one has torn him down. It mentions the poor editing, the lack of proofreading, pacing that is slow and clumsy. It just keeps going, and the author’s mind is spiraling. Surely this person just wasn’t the intended audience, right?! After all, it’s just ONE person!

He steps away to recover, but during this time, he begins to think.

The more he thinks on it, the more he realizes this review is right. Even if it’s just one person, it made him think that perhaps all those 4 star reviews could have been 5 stars had he known more about what was going on in his story OUTSIDE of his own mind. This event kicks him in the ass and gives him the determination to make his story the BEST it can be. It deserves tender love and care! So he sets off on his new journey to make this happen.

Getting Honest Reviews Is Important

My friends, that is my own personal journey and why I believe getting honest reviews and feedback is so important.

Yes, it’s nice to get a bunch of glowing reviews that tell you what an amazing job you’ve done, and you very well could be doing everything right. However, there seems to be this stigma that “Giving a bad review is a bad thing and if you do it, you’re a horrible person!” especially if it’s to a fellow author.

However, we learn best by making mistakes. We learn by tripping, stumbling, and getting back up to try again. We can’t do that if we aren’t told what’s making us stumble in the first place and if we aren’t, we just keep making those same mistakes, because we aren’t aware they ARE mistakes.

So it’s okay if you want to seek out reviews from people within a circle or those who know you and think you’re an amazing person. It’s okay to write for fun and just enjoy making a story. However, if you’re seeking a writing career, remember that as authors, we’re often blind to our own mistakes and the one’s close to us aren’t always willing to mention our faults for fear of hurting us. Even if it’s just ONE person, always take honest feedback to hurt if they provide it. Be daring and seek out those chances to trip and face-plant. You’ll keep getting back up, and you’ll keep getting better.

Best of luck in your journey! 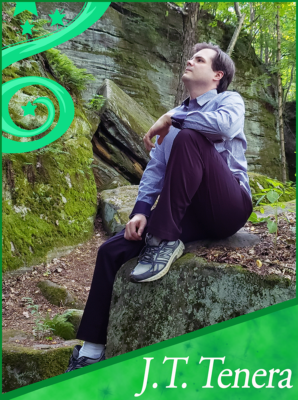 Tenera originally published Erift’s Journeys when he was a senior in high school. It was a proud moment seeing the story he dreamed about finished as a real book. However, it was all just for fun. He wouldn’t realize his desire to take his writing to a professional level until 2019. Mostly self-taught, Tenera now works to bring his world to life for readers of all ages, all while doing his best to find time to game in between.